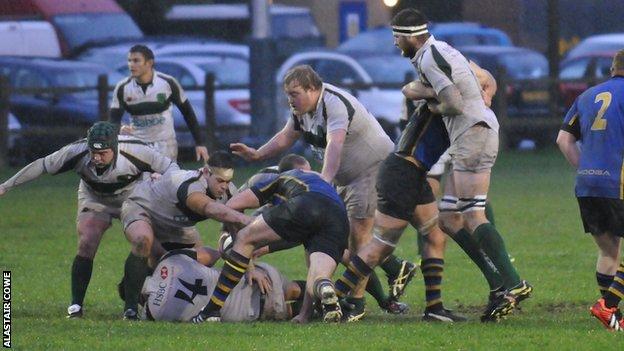 Guernsey full-back Sam Stables says his side's good scrum was the reason for their 24-5 win over CS Rugby.

Tries from Blair Campbell, Leyton Batiste and Nick Barton helped the island side to the win, which sees them consolidate eighth place in the National Three London table.

"We were shocked that we dominated the scrum so much," Stables said.

"They had a few players sin-binned due to the fact that they couldn't compete with the physicality of our scrum."

But Guernsey failed to pick up a four-try bonus point, despite a concerted effort late on.

"We spent a lot of time camped in front of their try-line trying to get the ball over," Stables told BBC Guernsey.

"But we messed up a couple of chances and there was some good defence from them."