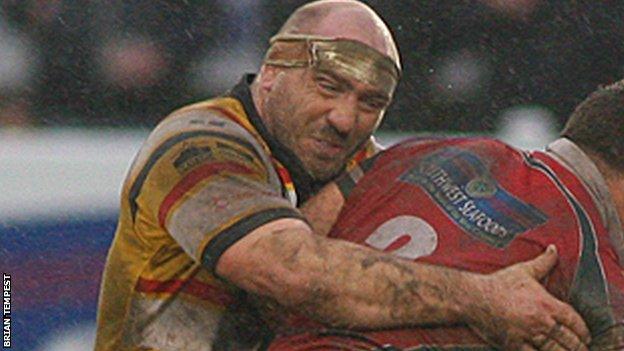 The Pirates say the 35-year-old, who has been at the club for over a decade, has been banned for "an incident of foul play" in the

In a video of the match Paver is seen to punch a Bristol player while on the ground in the 63rd minute.

It means he will miss the British and Irish Cup matches against Dundee and Carmarthen Quins.

Paver will also miss the trip to face Championship leaders Newcastle at Kingston Park on 25 January.