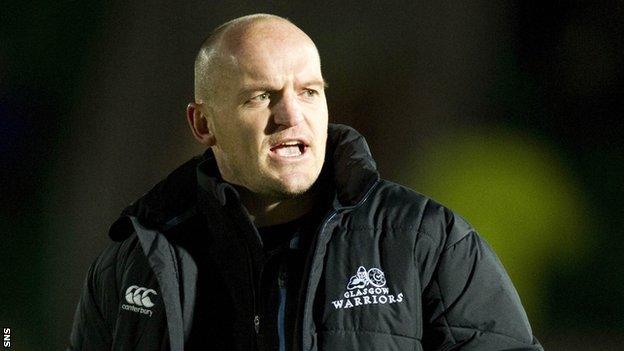 Glasgow Warriors head coach Gregor Townsend has called for an improvement in discipline from his side ahead of their Pro12 match with Treviso.

Warriors go into Friday's clash with the Italians at Scotstoun seeking their third win in a row after wins over Edinburgh in the 1872 Cup.

However, Townsend insisted that his side couldn't afford to keep giving away penalties.

"Our penalty count has been too high in recent games," he said.

"Against Edinburgh at Murrayfield it was 18 penalties against us - and we'd two yellow cards in our Heineken Cup game two weeks ago.

"We know we can't play with 14 men and we can't give the opposition easy opportunities to get in the game."

Townsend also said that second place in the Pro12 was the target for his side - currently in fourth place in the table.

"I think, with Ulster running away with it just now, the target for a number of teams is getting second place and a home semi-final," said the former Scotland attack coach.

However, Townsend sounded a note of caution over the aspirations of Friday's opponents at Scotstoun.

"Treviso are the next team down," he said. "So if they were to pick up another couple of wins they'd be in the top six as well.

"Our aim is to make sure they don't do that."