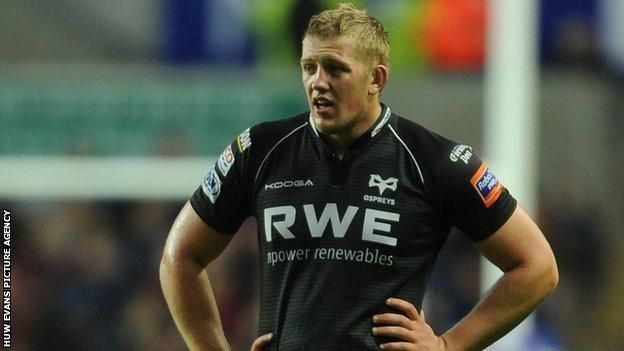 Ospreys lock Lloyd Peers has signed his first professional deal with the region, keeping him there until at least the summer of 2015.

The 21-year-old has led Wales and the Ospreys at age-grade levels while developing his career via Bridgend Athletic and Bridgend Ravens.

He had made 12 regional appearances ahead of their 2012 New Year's Eve clash at Newport Gwent Dragons.