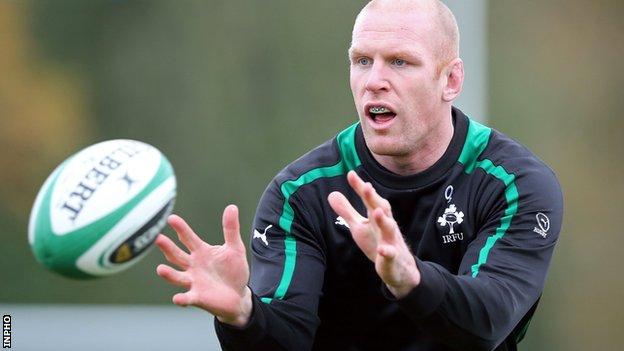 Ireland lock Paul O'Connell hopes to be playing again by April after surgery on a bulging disc in his lower back.

The successful operation has eased worries that O'Connell would struggle to prove his fitness before the British and Irish Lions tour of Australia.

In terms of a return, I would be looking at early April

The 33-year-old second row, who skippered the Lions on their 2009 tour of South Africa, will miss all of Ireland's Six Nations campaign.

"I am delighted with the way the operation went," said the Munster lock.

"More importantly, so too are the medical team who carried out the operation and I am very grateful to all concerned.

"My aim now is to start rehab as soon as is practicable.

"In terms of a return, I would be looking at early April when hopefully Munster will be in contention for trophies on two fronts."

O'Connell's last involvement with Munster was in the Heineken Cup game against Edinburgh at Thomond Park in October.

The forward missed Ireland's summer tour of New Zealand with a knee injury.