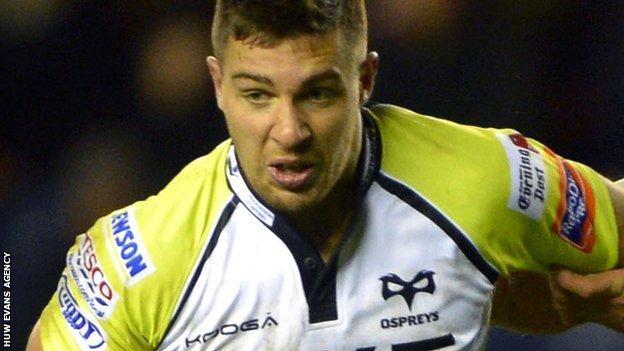 Ospreys scrum-half Rhys Webb has been banned for one week after being accused of stamping on an opponent during Boxing Day's win over Scarlets.

Webb will miss the 31st December game at Newport Gwent Dragons and is free to play on Thursday, 3 January.

A three-man Pro12 panel heard the charges in Dublin on Sunday.

Webb escaped any punishment from the match referee for the incident, which occurred in the 71st minute as he tried to free the ball from a ruck.

Scarlets had two players sent off in the final two minutes, with Webb involved in the second red card.

He was taken put in the air by Gareth Owen. Moments earlier, Rob McCusker had been sent off for use of the boot.

The hearings for both Scarlets players will take place on Wednesday, 2 January.

Scarlets head coach Simon Easterby has said he will review the video footage before deciding whether or not to appeal.