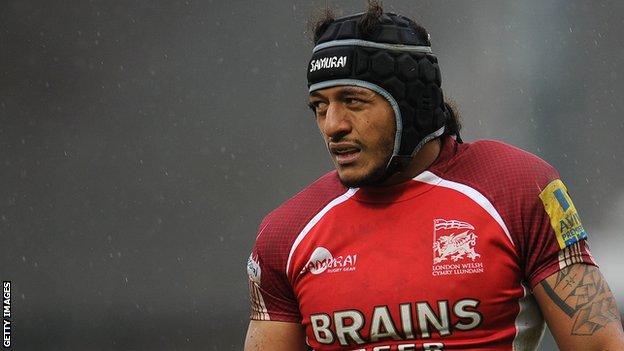 Both Bateman, 23, and Tonga'uiha, 29, helped the side to promotion from the Championship last season.

"These two re-signings signify the ambitions and long-term objectives of the club."

Jones continued: "Hudson has really stepped up to the mark this year and has thrived in the Premiership.

"Greg has grasped his opportunity with both hands and is evolving into a decent Premiership player with the potential to go further."

Meanwhile, Welsh have announced the appointment of Tony Copsey as their new chief executive.

Copsey, who has held posts at Harlequins and London Wasps, will start the role on 1 January.