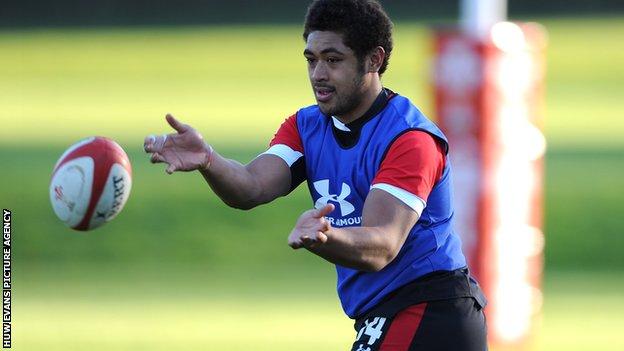 Dragons boss Rob Beale hopes the formation of the Professional Regional Game Board will help secure the future of Toby Faletau.

The Board was set up by the Welsh Rugby Union and the four regions to run the game in Wales.

One its objectives is to keep players in Wales and Beale says they must act if the Dragons are to keep Faletau.

"Effectively they've got 12 months to keep Toby Faletau at the Dragons," he said.

"One of their stated aims is to keep Welsh players playing in Wales so if that is a stated aim then they've certainly got to be involved in the decision-making process of how we set about that.

"Whether that's Toby Faletau or any other talented Welsh player that's coming towards the end of his contract.

"The bottom line with Toby is that he's still in contract here next season.

"Toby like Dan [Lydiate] and like any other talented young player will be targeted by other clubs that have more resource in terms of finance available."

Dan Lydiate will leave the region at the end of the season and is expected to follow former Dragons Luke Charteris and Aled Brew (Biarritz) into French rugby.

Charteris has former Osprey James Hook as a Perpignan colleague while Gethin Jenkins (Toulon), Mike Phillips (Bayonne) and Lee Byrne (Clermont Auvergne) are among the other high-profile Welshmen in France.

And Beale says Wales' four regions will find it increasingly hard to keep hold of their Welsh stars unless they receive financial assistance.

"You're competing against teams who have huge budgets," he added.

"I'm certainly not suggesting that we go to those sorts of levels, but I think realistically the whole of Welsh rugby needs to revisit its aims and ambitions.

"If regional rugby and the four regions are to compete seriously within Europe then we need to increase levels of funding from wherever avenue that may come."