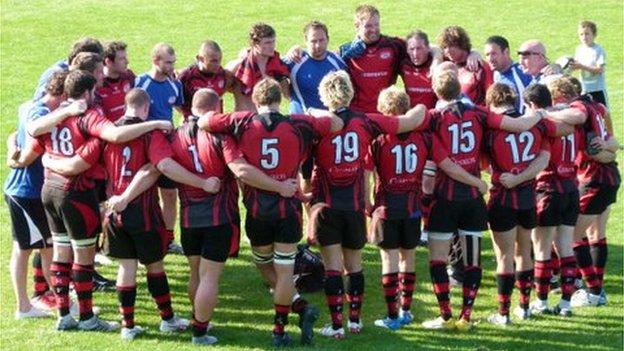 Hooker Charlie Clare has suggested his short-term loan move to Jersey could be extended until the end of the season.

Clare on 11 December, initially just for one month.

"I could see myself being here for quite a while, maybe until the end of the season," the 21-year-old told BBC Radio Jersey.

"The Championship's a really high level and being the underdogs we've almost got nothing to lose."

He is heading back to the UK for Christmas but expects to join back up with the Championship strugglers early in 2013.

"Everyone in the island's really nice and everyone at the rugby club's really welcoming," he said.

"It wasn't my choice [to join Jersey] but I probably would've looked at a club like Jersey anyway.

"As soon as the lads came back from the over here they all said how good it was and how the club is a lot better than what people may think."

Clare will battle it out for the number two shirt with Dave Felton and Steve Boden in the new year.