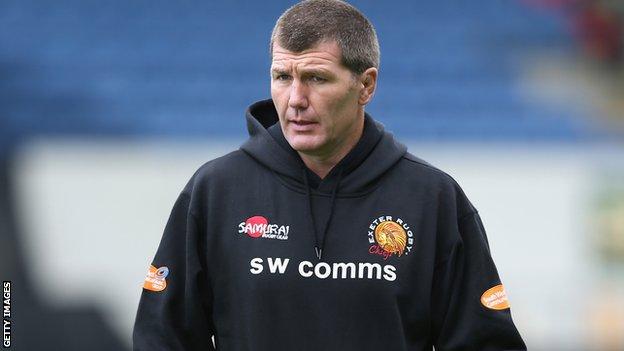 Exeter boss Rob Baxter says forthcoming games against Gloucester, Bath and Northampton are key to where they will finish in the Premiership this season.

The four clubs are separated by six points in the league as they all aim for Heineken Cup qualification.

"It makes it very important to play well in these games."

Exeter are in good form, having won their last seven matches in all competitions, including in the Heineken Cup.

"Having two wins in the Heineken Cup is not the be-all and end-all of our season," added Baxter.

"What could make a very interesting season for us is performing now, this weekend, against a team that are just above us in the league.

"You'd have to be a fool not to look at the Premiership table and see that our games now are against teams that are right around us in the league.

"If we can come out of these three games better than the three teams involved we'll be moving up the league table."