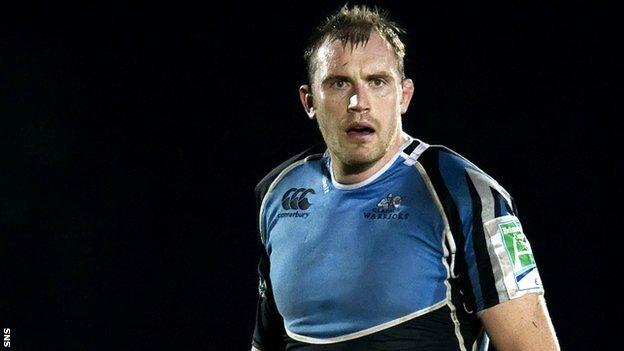 The deal will take the former Scotland captain up to the end of his playing career, with an option of an extension, taking him up to the 2015 World Cup.

Lock Kellock has provision in the deal for him to take up a coaching and ambassadorial role.

"Over the next three or four years I have one goal and that's to help this club win silverware," said Kellock.

"It's a privilege to play for Glasgow Warriors and I'm honoured to be captain of this club.

"I'm still keen to develop as a player and learn from the coaches at Glasgow. I'm still working hard at my game, still trying to improve and I have more to give to the Warriors."

The 31-year-old has been captain of Warriors since arriving at the club from Edinburgh in 2006.

First capped by Scotland in 2004, the second row captained the national side in the 2011 Six Nations and the World Cup of the same year and has won 47 international caps.

"Al is an outstanding leader and ambassador for the club," he said. But it's his on-field performances that have earned him the reward of this contract extension.

"Alastair embodies what the Warriors are all about and he will be one of the key drivers of our success in the years to come."