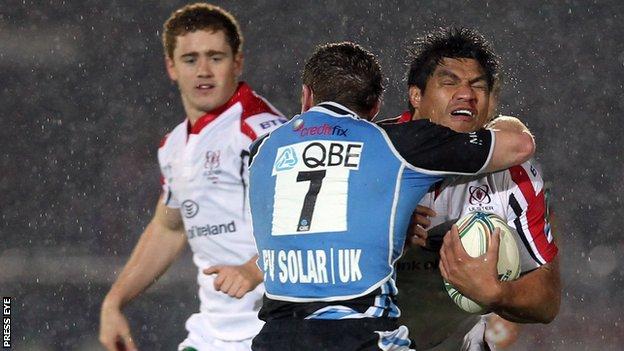 Ulster's next Heineken Cup match against Glasgow will take place at Ravenhill on Friday 11 January after the dates for the remaining pool games were confirmed on Wednesday.

Mark Anscombe's side will then face Castres away on Saturday 19 January.

Leinster will be at home to the Scarlets on 12 January and away to Exeter on 19 January.

Munster are away to Edinburgh on 13 January and at home to Racing Metro on 20 January.

Despite their surprise home defeat by Northampton last week, Ulster still lead Pool 4 by three points and remain in a strong position to qualify for the quarter-finals.

Leinster and Munster may needed bonus-point victories in both their remaining matches to have any chance of progressing to the knockout stages.

Connacht will away to Harlequins on 12 January before they conclude their Pool 3 campaign against Italian outfit Zebre in Galway six days later.