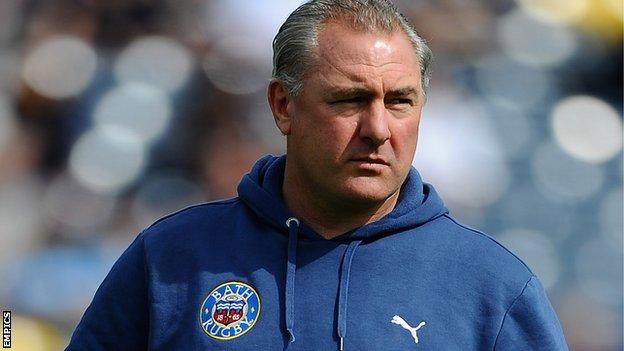 Bath coach Gary Gold has hit out at reports linking London Irish centre Jonathan Joseph with a move to the Rec.

Last weekend, media articles suggested the 21-year-old England international had all but secured a deal with the west country outfit.

Gold told BBC Radio Bristol: "Centre is an area we are looking at, as well as back row and prop and number nine.

"But just because it's clear as day, we are looking at an area, I think it's irresponsible to link names to it."

Gold, a former Exiles coach, continued: "I'm not sure where all this speculation comes from.

"Unfortunately when you see ridiculous statements being written in certain rugby journals you have to wonder what their source is. They seem to just pluck things out of the sky.

"But that's the way the world is. As far as I'm concerned we need to just crack on with what we do."

Joseph made his debut for England as a substitute in the first Test against South Africa in Durban last June.

And he won his fourth cap with an appearance from the bench in the victory over New Zealand earlier this month.

The Derby-born centre broke in to the London Irish first-team last season under the leadership of Toby Booth, who is now part of Gold's backroom staff at Bath.