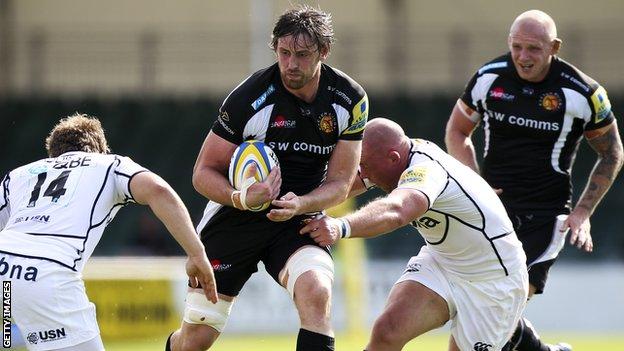 Muldowney, 29, made his fourth start of the season as the Chiefs claimed their first ever home win in the competition.

"We've got some options, all of our second rows are fit, they're battling each other to try and get a start."

and made his debut in the 32-15 win over Newcastle last season.

The Chiefs have been struggling with back row injuries this year and Baxter thinks Muldowney's versatility could be crucial.

"It looks like we've picked up another back row injury with Tom Johnson, which isn't a hammer blow as we've just got " added Baxter.

"We seem to be rolling with three fit back row forwards, that looks like how the season's going to be for us.

"That's the one area where we could do with a little bit of luck, but we're dealing with it.

"We've got some good back five forwards who can all fill in there, it could well be that he [Muldowney] becomes the guy who features in those slots for us."