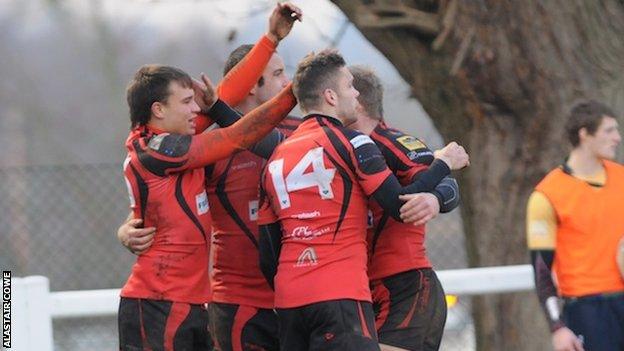 Redruth captain Chris Fuca is expecting more from his side after their 39-11 win over Clifton in National Two South.

Number eight Tom Duncan scored his 13th try of the season as the Reds extended their winning run to five matches at the Recreation Ground.

"At half-time we were a bit teasy with each other, but it was a good second half and I think there's more to come."

After leading 7-3 at half-time, the Reds dominated the second period, scoring five tries, including three in the last 10 minutes, for a win that moves them up to third place in the table.

Duncan, meanwhile, praised his fellow pack members for creating the opportunities for him to score so many tries this season.

"It's getting easier for me when the quick guys are getting slowed up in the mud," he joked.

"The front five have been outstanding as long as I've been here, you can't ask for better.

"Most of my tries go down to them really, they're team tries."