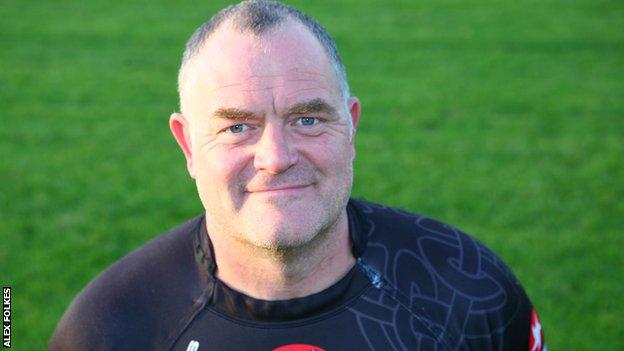 Launceston boss Cliff Rainford said "small errors" are costing his side as they lost 28-12 at Worthing.

The Cornish All Blacks was ended by Worthing, who move to the top of National Two South.

"The guys know the errors we made, they were small errors. If we can cut them out we're as good as any team in this league."

Launceston found themselves 21-0 down but fought back through tries from winger Liam Yeo and Lewis Paterson, who is being

"It was stop-start and Worthing made the better of it," added Rainford. "If we'd scored just before half-time it may have been different.

"It's a hard place to come and we gifted them a try in the first five minutes with an interception which put us on the back foot."

The defeat means the Cornish All Blacks slip to seventh place in the league table.

Rainford continued: "We worked hard and kept the scoreline close and, at half-time, I said if we play like we did at the end of the first half we could take the game to them.

"It's easy for a team on a long trip to throw the towel in but we didn't do that, we worked really hard."