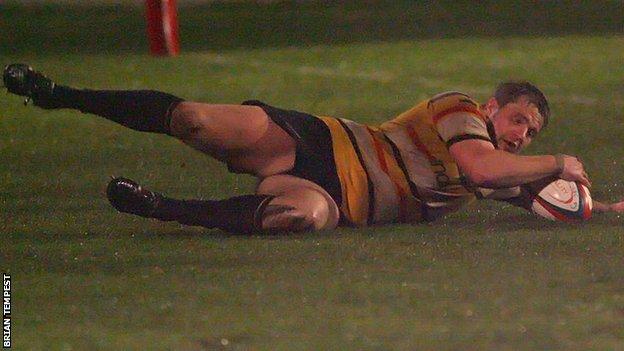 Cornish Pirates head coach Ian Davies revealed his players were upset by comments from the Swansea camp ahead of their British & Irish Cup win in Wales.

The Pirates recovered from conceding a try in the first minute to win 30-10, their first victory on Welsh soil.

"Their director of rugby said in the week that they didn't think there was a lot of difference between a professional team and the Swansea team.

"That upset a few of our forwards," Davies told BBC Radio Cornwall.

The Pirates put the early setback behind them to lead 10-7 at half-time, with the help of a Kyle Marriot try.

"When they scored after 52 seconds, I thought 'here we go'," said Davies.

"But I thought we controlled the whole game and they didn't really threaten us.

"We're disappointed not to get the bonus point but if you'd offered us that result this morning we'd have taken it."

The Pirates added second half tries through Tom Bedford and hooker Rob Elloway to cap an an impressive display.

"We were playing the game down in their half, but we just needed a bit more accuracy.

"We showed physicality at the breakdown and we turned over their scrum, it was a thoroughly good performance from the forwards."

Dundee beat Camarthen in the other game in Pool Three, leaving the Pirates seven points clear with two matches remaining.