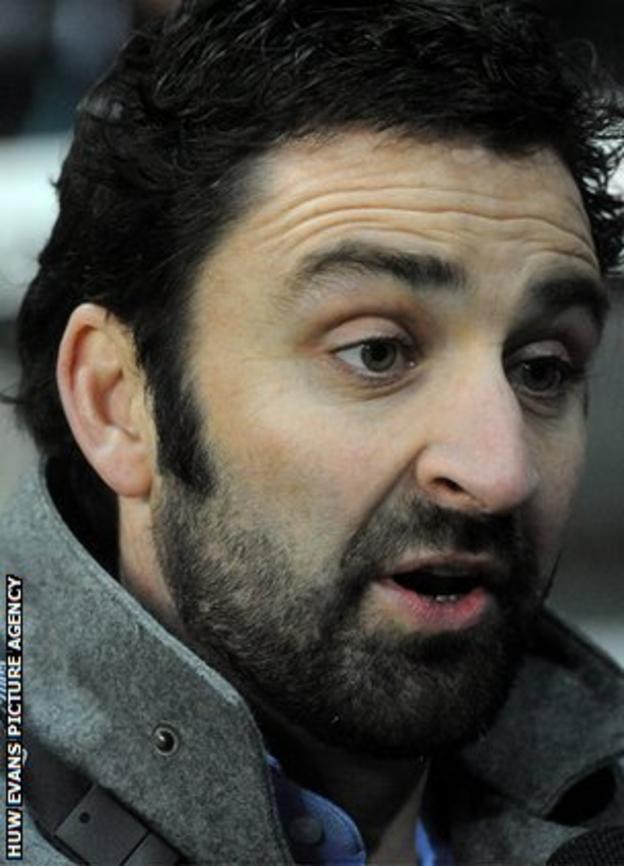 Ospreys boss Andrew Hore has hit out at critics of the Welsh regions' efforts in this season's Heineken Cup.

His side are the only Welsh team to have won in the 2012-13 tournament, beating Treviso and Toulouse to lie third in Pool 2 after four rounds.

The Ospreys have an outside chance of making the quarter-finals with dates against Leicester and Treviso to come.

"We were still in there, but it was written... that all regions were out of it," said the New Zealander.

Adrian Hadley, who is a member the proposed new region Valleys Rugby's advisory board,

Former Wales dual-code international wing Hadley made his statement at the end of the third round when the Welsh regions' tally was played nine, won one, lost eight.

Following round four, in which the Ospreys beat Toulouse in Swansea, the figures were played 12, won two, lost 10.

Ospreys chief operations officer Hore said: "It was just sad to hear some of the comments earlier in the week that wrote off regional rugby.

The real issues aren't the regions... we are only a reflection of what's happening in our community

"And it's quite sad that people that have often been in a situation such as ours are not supporting the game in the country and getting notoriety just from bagging it.

"We've been building something here for a number of years and these guys really dig deep.

"And to say they're just not up to it, I think is inappropriate."

However, Hore acknowledges the newly-created must find solutions to the financial and player-drain problems that have dogged the regions in recent times.

The regions have self-imposed wage limits of £3.5m per season while Wales stars such as Mike Phillips, Gethin Jenkins and Luke Charteris ply their trade in France.

He believes a fall in the numbers of those playing for lower-level clubs needs to be addressed while the regions should be given time to develop.

Five Welsh regions were originally set up in 2003 - the Ospreys, Scarlets, Cardiff Blues, Newport Gwent Dragons and Celtic Warriors with the latter being wound-up in 2004.

Hore added: "Clubs like Toulouse are 100 years old, so are Leicester; Treviso itself is quite an old club.

"So we've got to give it time.

"The real issue is the structures and systems and everything that feeds the regions and how we're going to go about developing more talent because our community game numbers are lowering.

"We need to look at those issues.

"And we are only a reflection of what's happening in our community so that's the real message."

Ospreys have two pool matches left in the Heineken Cup.

They face Leicester at the Liberty Stadium in January, with a trip to Italy to face Treviso to follow.

The Tigers must also face Toulouse in round six while the French club host Treviso in round five.