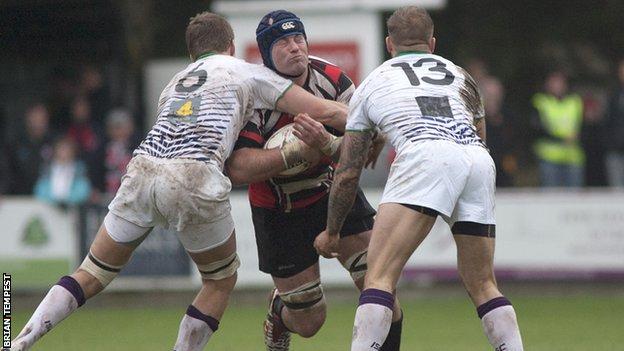 Cornish Pirates are aiming for their first ever win in Wales when they take on Swansea in the British & Irish Cup.

They travel to the St Helen's Ground in confident mood after

"If we can get this win, we're sitting pretty at the top of the pool," said Pirates number eight Laurie McGlone.

"But we'd dearly love a bonus point as that puts us in the running for the top four qualifiers which would mean a home quarter-final."

New Zealander Laurie McGlone will make his 100th appearance for the Pirates since joining from Coventry in 2009.

The 33-year-old said: "It's a great honour to have spent the amount of time I have at the club.

"The support we get here is amazing, it's great to have had the support of the Cornish people.

"My game has matured in my time here and this season I've managed to move back to number eight and I'm really enjoying it."

The Pirates bring new signing Kyle Moyle into the squad