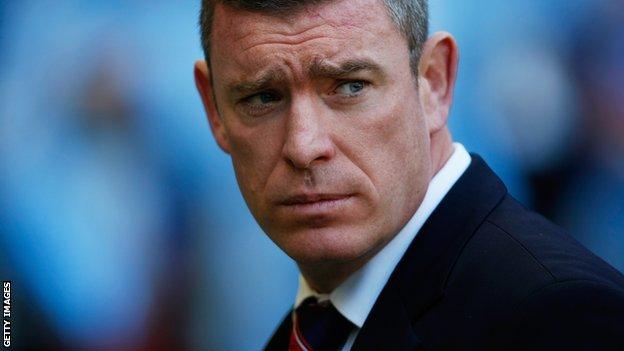 Ryan played for Saracens, Wasps, Newcastle and Bristol before coaching the latter in 2001-02.

He then coached at Gloucester for seven seasons, has since become a rugby pundit and joined Bristol as coaching consultant in July 2012.

That leaves them second from bottom above this season's winless Italian newcomers Zebre, who lie 12th.

In the Amlin Challenge Cup the Dragons have fared little better with only a 33-0 win at second-tier Italian club Mogliano last weekend to their win tally, having lost to Wasps and Bayonne.

Ahead of this season, the Dragons lost star Wales lock Luke Charteris to Perpignan and powerful wing Aled Brew to Biarritz.

They are also contemplating losing another major talent in injured Wales flanker Dan Lydiate and have acknowledged they will struggle to hold on to another 2012 Grand Slam winner in number eight Toby Faletau.

Dragons chief executive Chris Brown said of Ryan's appointment: "We have a talented coaching team at Rodney Parade and the addition of Dean's expertise will only add to the quality we are looking to build on here at the Dragons.

"His experience of top-flight rugby puts him in a position to offer support to our coaches and management.

"We are delighted to have him on board."