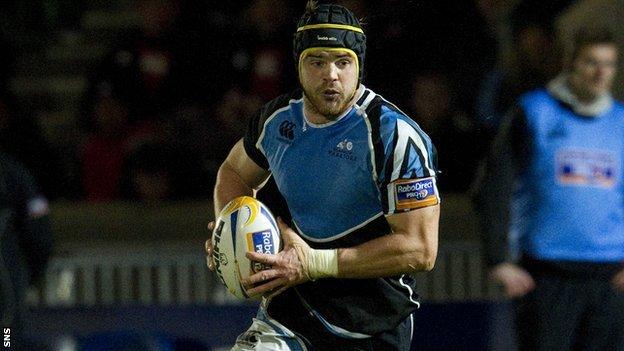 Scotland lock Tom Ryder has extended his contract with Glasgow Warriors until the summer of 2015.

Ryder first joined Warriros on loan from Saracens in 2010 before returning on a permanent deal the following year.

His two caps came during this year's summer tour, with Ryder featuring in the wins against Fiji and Samoa.

"I'm delighted to have signed this contract extension and get to play my part in the buzz that's happening around the Warriors," said Ryder.

"There's some stiff competition here to get in the squad, with Tim [Swinson] and captain Al Kellock, but that just drives us on to get better as players.

"For me that's a big part of staying here, developing further as a player and helping the team succeed. This was an easy decision for me to make both professionally and personally.

"Staying in Glasgow and playing with the Warriors is the best place for me to develop as a player as well as pushing for more international honours."