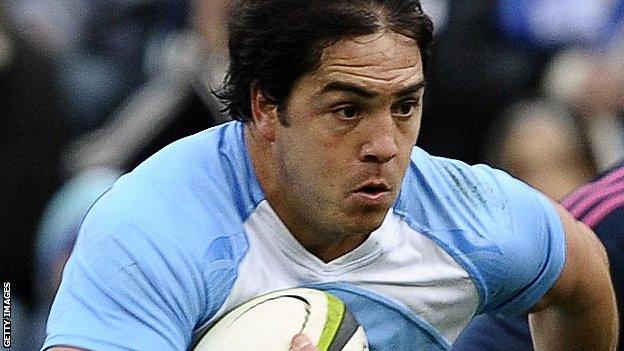 Horacio Agulla ran in a hat-trick of tries as Bath beat Calvisano to keep their 100% record in Pool Four.

Bath hammered Calvisano 67-11 last weekend and were on course for another comfortable win when flanker Simon Taylor crossed inside two minutes.

Two scores from Argentina winger Agulla and another from Tom Biggs secured the bonus point by half time.

In unhelpful conditions, only two of Bath's six tries were converted - both by captain Stephen Donald in the first half.

The Italians remain winless in the Challenge Cup, while Bath have won all four matches with bonus points.