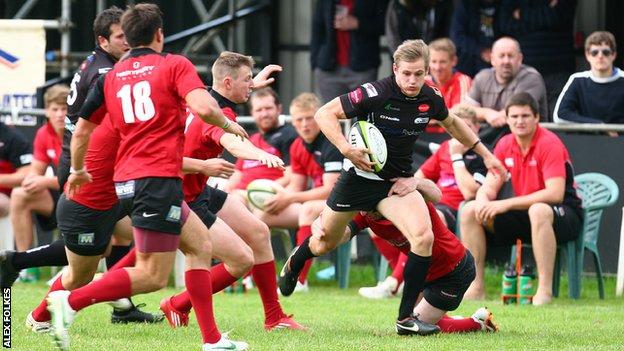 Launceston coach Cliff Rainford has predicted a "great spectacle" in their home pre-Christmas derby against Redruth in National Two South.

The two sides will meet at Polson Bridge on 22 December and Launceston will have revenge on their minds.

"We've got a few scores to settle from the second game of the season," Rainford told BBC Radio Cornwall

"What a way to finish this year off, to go into the Christmas break with Redruth at home."

The Reds sit two places above Launceston in fourth place and

However, both sides are in form with the extending their winning streak to five games - and they will be looking for a sixth at second-placed Worthing next weekend.

"We're now five wins on the bounce and everyone coming to Polson will want to try and stop that," Rainford added.

"We try and play an open style of rugby but equally we try and played controlled and it's the control that wins us games."