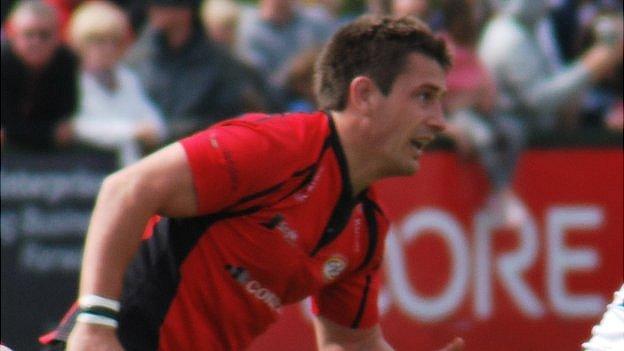 "I'm delighted to get through it - the nerves have been building up for the past 10 months.

"Touch wood, that was the first serious injury in my career and I've been playing for 12 or 13 years," Bell told BBC Radio Jersey.

The flanker from Edinburgh played for 25 minutes in the loss and is confident the island side's results will improve as they look to escape the bottom of the Championship table.

"We've got to keep building on what's been going on, there are positives coming out, it's just that the results aren't coming out in the end.

"We've got to be patient and then we will get something, I firmly believe that," he added.

"It's a great club to be around, the guys all work for each other, it's just unfortunate that things aren't going our way. "