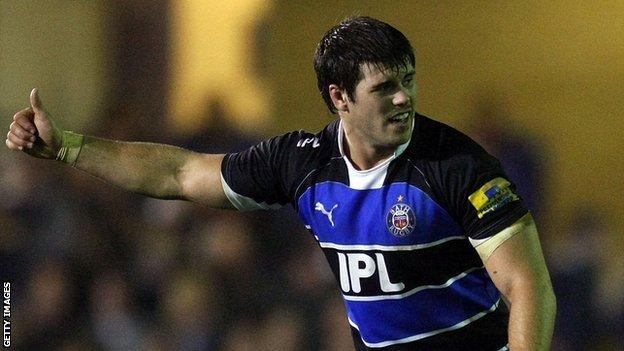 Bath scored eight second-half tries as they overwhelmed Italian side Calvisano in the Amlin Challenge Cup at The Rec.

The home side were only 15-8 up at the break after they responded to Luigi Ferraro's early score with tries from Nick Koster and Dominic Day.

But then came a glut of five in 16 minutes from Horacio Agulla (2), Josh Ovens, Mark McMillan and Guy Mercer.

And they added three more through a penalty try, Dave Attwood and replacement Kane Palma-Newport.

New Scotland fly-half Tom Heathcote landed seven of the 10 conversions and a penalty for a 17-point individual haul.

There were tries for all three members of the back row, open-side flanker Mercer, who was captaining Bath for the first time, debutant Nick Koster and academy graduate Ovens.