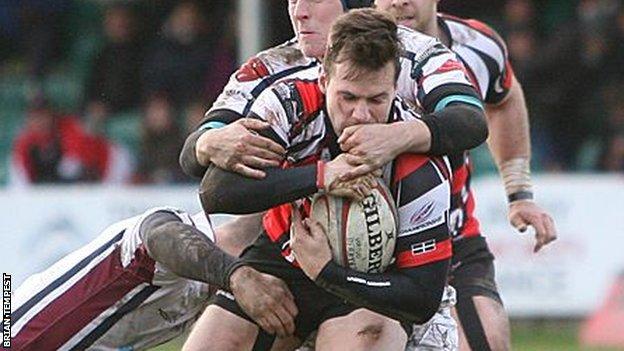 Cornish Pirates boss Ian Davies was unhappy with his team despite their 27-9 victory over Swansea at the Mennaye.

The Pirates top their British & Irish Cup group following the win but Davies was upset with the performance.

"They offered very little but we allowed them to stay in a game when we should have been out of sight," Davies told BBC Radio Cornwall.

"It wasn't good to be perfectly honest, we let ourselves down in many areas and made far too many mistakes."

The Pirates led 16-6 at the break after three Kieran Hallett penalties and a try by flanker Joe Buckle, which was converted by Hallett.

Two more Hallett penalties in the second half and a score from replacement Laurie McGlone sealed the win.

"We got to set our standards regardless of who the opposition are," added Davies.

"We perform one week then the next week we're poor.

"The concern is we have Plymouth and Bristol coming up which are two massive games and we can't afford that inconsistency."