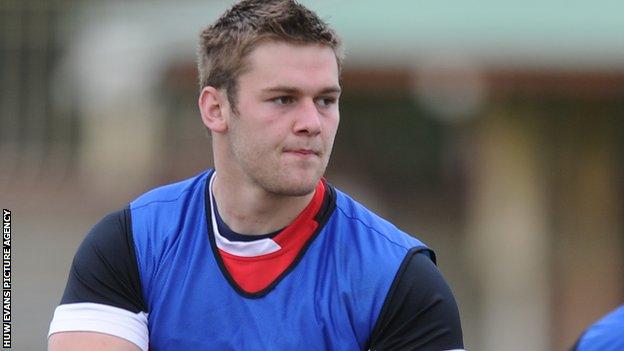 Newport Gwent Dragons have confirmed Wales flanker Dan Lydiate will leave at the end of the season to join an undisclosed European team.

Lydiate's contract expires at the end of the campaign and he has been linked with several leading French clubs.

Dragons' director of rugby Rob Beale said they had done all they could to keep the 24-year-old at Rodney Parade.

"We are obviously very disappointed that Danny has decided to leave the Dragons," Beale said.

"He has been a key part of our set-up for several years and is popular with both the players and the coaches.

"I can assure our supporters that we did all that we could to retain Dan's services but we simply cannot compete with the offers which have been put on the table."

Reports from France suggest that Top 14 side Racing Metro are leading the chase to sign the blind-side specialist.

Lydiate made his Dragons debut in 2006 and overcame a serious neck injury the following year to establish himself as a Wales regular.

He was named 2012 Six Nations player of the tournament but missed the recent autumn Test series after fracturing his ankle in the Dragons' win over Edinburgh in the Pro12 in September.

Lydiate will be the latest high-profile player to leave the Dragons following the departures of fellow Welsh internationals Luke Charteris and Aled Brew.

Lock Charteris joined Perpignan on a three-year contract in May while wing Brew joined Biarritz on a two-year deal.

Centre Jamie Roberts is also expected to join a French club after rejecting an offer to stay with Cardiff Blues.