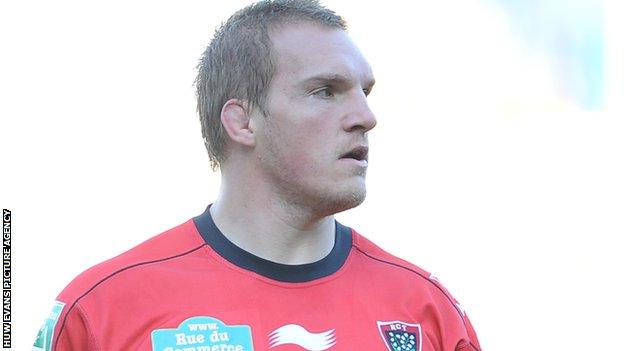 Cardiff Blues have revealed they cannot afford to end Gethin Jenkins' exile with Toulon in France.

Reports have suggested the Wales and Lions prop could return to the Cardiff Blues at the end of this season.

"There is always speculation but it's not practical because our salary cap is where it is," said Davies.

"We have spoken about Gethin but he is contracted to Toulon.

"We wish Gethin well, he is a fantastic player and did a great job for us, but now we have young players who want emulate his career."

French side Toulon have already dismissed rumours loose-head prop Jenkins is set to return to Wales.

Reports have suggested Cardiff Blues want to re-sign Jenkins, who left the region at the end of last season.

England's Andrew Sheridan has been preferred to Jenkins as Toulon's first choice loose-head this season.

But a Toulon club spokesman told BBC Wales there are no plans to cut short Jenkins' contract, which runs until 2014.

After starting against Argentina, Jenkins came off the bench against Samoa and is among the replacements for Saturday's game against New Zealand.