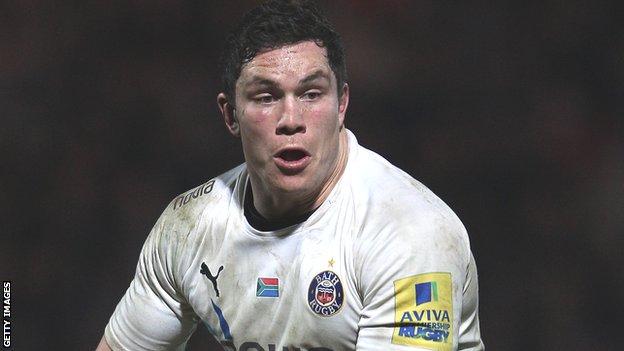 Kyle Eastmond and Stephen Donald went over for the visitors after the break, while Agen's Raphael Lagarde took his tally to 17 points with the boot.

Lagarde's 71st-minute penalty had given the hosts a 22-20 advantage which looked like being enough before Louw went over.

Bath top Pool 4 with 10 points from two matches after picking up bonus points in both of their Challenge Cup victories.