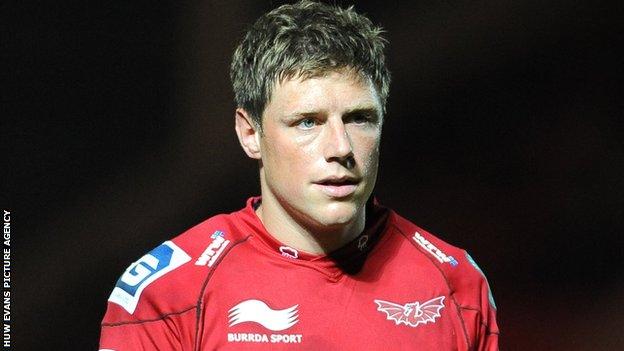 Wales fly-half Rhys Priestland believes beating Clermont Auvergne in the Heineken Cup on Saturday would be his best result as a Scarlets player.

The Scarlets face a daunting trip to Stade Marcel Michelin where the French club have not lost in 47 matches.

But Priestland knows the region need to start well with Leinster and Exeter Chiefs also in Pool 5.

"[A win would be] the best result that I would have experienced as a Scarlet," he claimed.

Priestland, who is preparing for his second start for the Scarlets in France, is realistic enough to know, however that one victory on the road is not enough in such a difficult group.

"If you get a good win in this group then it does not count for much unless you back it up the week after.

"There are three exceptional teams in the group and you are going to have to show real consistency to get anything out of this group, not just a one-off game.

"We were speaking as a group before the groups were announced and we spoke of what the nightmare group might be - Clermont, Leicester and Exeter were in there, so we have picked a tough one again.

"But we've had tough groups in the past and done well, so we have to take hope from that.

"We are massive underdogs with Leinster and Clermont probably being red-hot favourites, but you throw Exeter in there and they beat Harlequins last week.

"We are under no illusions. We know we are big underdogs, but we know we have got good players in the squad and if we can take the game to them and a few things go our way and then hopefully we can take something from the first game."

Like Scarlets head coach Simon Easterby, Priestland believes the region should take a positive approach into their match against Cermont.

"If you are going to get a victory out in France you have to go there with a real intent to play rugby. We will go out there give it our best shot and really back out skill levels.

"Bring a massive intensity probably a few steps up than what we've have seen so far this season to get any result out in Clermont.

"It can be intimidating [playing in France].

"We know if they get into their stride and get the crowd behind them it's going to be a tough day at the office.

"So it's up to us from the start to try and quieten the team and hopefully that will quieten the crowd down.

"Clermont are one of, if not, the best teams out there [in France]. We have looked at the video - there are not many weaknesses.

"You kick loosely they are going to counter-attack and if you kick the ball out in your own half there is a chance they could drive you over your own line."