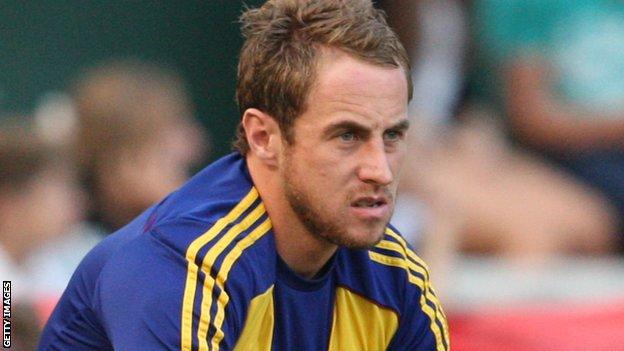 Gloucester scrum-half Jimmy Cowan says the challenge of playing in the Premiership was behind his move.

The 30-year-old agreed to move to the Cherry and Whites in April but his arrival has been delayed so he could reach 100 appearances for Southland.

The 2011 World Cup winner could feature in this weekend's game against Bath.

"By no means am I coming here to wind down. I just feel that I need a new challenge in my career and this is the one I'm looking forward to," he said.

"I wanted a new challenge and what better way than to come over here and do it in the Premiership?"

Following the expiry of his contract with New Zealand Rugby Union at the end of the season, and after playing over 100 games for the Highlanders as well as Southland, Cowan decided to make the move to Europe.

Capped 51 times by the All Blacks, he played the majority of his international career alongside fly-half Dan Carter, the highest ever Test points scorer.

Carter once described Cowan as an "extra loose forward" because of the physicality he brings to the breakdown and he admits that is something that tempted him to move to Kingsholm.

"I watched the game on Sunday [against London Welsh] and it's certainly different to what I'm used to," he added.

"I enjoy the physical nature of rugby, it's a big reason why I do play, and I'm looking forward to getting out there and testing myself against the top Premiership players.

"If the forwards can do the job up front I'm sure these backs can play.

"From what I've seen on the training pitch, it's pretty exciting, as there are some good young guys there and they're keen to use the ball."