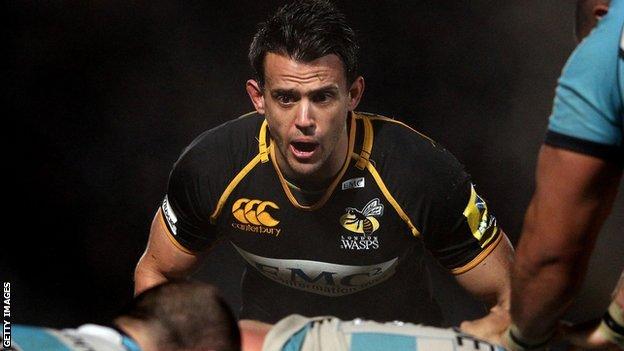 Despite suffering numerous head injuries in recent seasons, the 28-year-old Australian was cleared to start the current campaign.

But a "concussive episode" during the season opener against Harlequins has forced him to quit the game after two years at Adams Park.

"Concussions are to be taken seriously and the RPA is working closely with the RFU, Premiership Rugby and the IRB to fully understand this area and to ensure the sport is doing all it can to prevent concussions, assess them properly and provide proper care for athletes experiencing them.

"Recent rule changes will enable better assessment during a match, and a clear return to play protocol exists to protect players."

"It is with great sadness that I have been forced to retire from the game that I love," he said.

"As players we understand that injury forced retirements are a reality of the sport, but it's still hard to believe that I've played my last game.

"I wholeheartedly believe that with the coaches and playing squad Wasps currently have, the club is capable of achieving some great things.

"I would like to thank all the supporters, players and staff, in particular Dai Young and Doug Jones for all the support they have given my family and I throughout my time here at Wasps."

Berry, a former Australia Under-21 international, joined Wasps from Racing Metro in 2010 and went on to make 45 appearances over the last two seasons, having begun his career with home town Brisbane club Queensland Reds.

Wasps director of rugby Young added: "It's very sad news for everyone at the club that someone as talented as Nic has been forced to retire in his 20s.

"He has been a fantastic player for Wasps over the past few seasons, but more importantly he's a fantastic person to have in your squad."