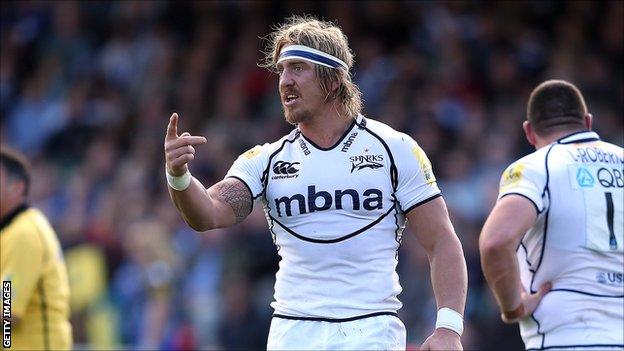 The incident happened during his side's 31-10 Premiership defeat at Bath, although £4,000 of Powell's fine is suspended until the end of the season.

Sale winger Tom Brady has been banned for two games after being found guilty of committing a dangerous tackle.

It follows a challenge from Brady on Bath number eight Ben Skirving.

The defeat kept Sale, who have lost all five matches this season, bottom of the Premiership table.

Both players attended a Rugby Football Union disciplinary hearing in Leeds on Tuesday.