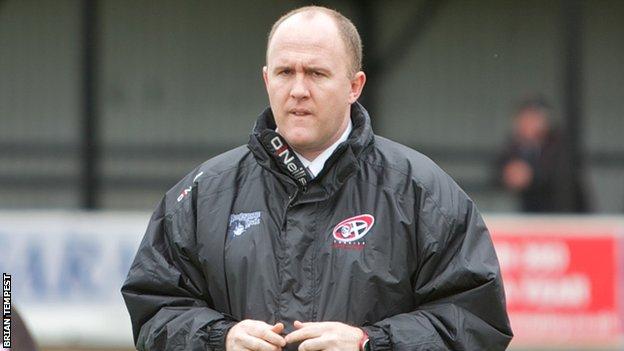 Cornish Pirates head coach Ian Davies has been called up as an assistant coach for the RFU Championship XV that will take on the Maori All Blacks.

Davies replaces Bristol boss Liam Middleton, who has had to withdraw from the role for family reasons.

He will join Leeds coach Diccon Edwards in assisting Mike Rayer for the match on 17 November in Doncaster.

"It's both an honour and a privilege to have been asked to be part of the coaching team," Davies said.

"To work with Mike and Diccon is exciting as both are very attack minded in their philosophy on how rugby should be played."

Davies hopes that the opportunity to work with the select side from English rugby's second tier will help him improve as a coach.

"Personally, I am very ambitious, striving to coach at the highest level that I can achieve and this fixture represents a fantastic opportunity to test my coaching abilities," he added.

"But more importantly it is a wonderful chance for the players to demonstrate the high level of rugby skill that is on show week in, week out within the RFU Championship.

"I don't think it is just a coincidence that a large percentage of the EPS squad have their roots in the RFU Championship and it will be interesting to see how many of this Championship XV make the step up in the next 12-24 months."