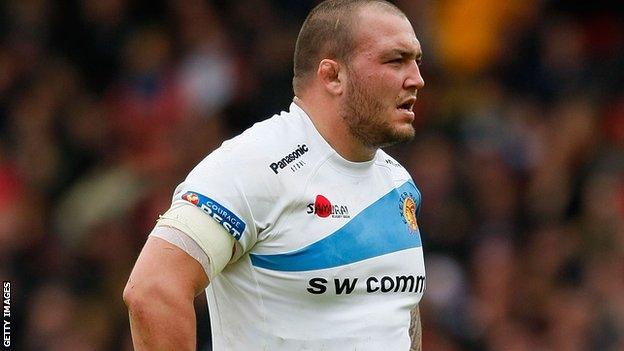 Mitchell, 26, who joined Exeter from Ospreys last summer and has won 11 caps, has signed a deal until the end of the 2013-14 season.

Jess, who has signed until 2015, has been at Exeter since moving from Launceston in the summer of 2008.

The 28-year-old is set to make his 100th Chiefs appearance against Saracens this weekend.

"It's great that these guys are seeing where we want to go and what we want to achieve," said Chiefs head coach Rob Baxter.

"I know they're ambitious players who are probably coming into their prime for what they're going to be as players, so for them to commit nice and early is great for the club and I think it'll be great for the players.

"I'm seeing both of these guys coming on in leaps and bounds and for us as a club to have them for the foreseeable future is great."

Baxter added that it was important to start securing players for future seasons as early as possible.

"I think recruitment and retention are year-round things, they're not something that starts at Christmas or two months before the end of the season.

"The more guys you can get tied down, feeling relaxed and comfortable and knowing where they are for a little while creates a nice balance and solidity to the squad.

"It means you get a lot of guys training well and playing well and it's a much more stable to be working in."