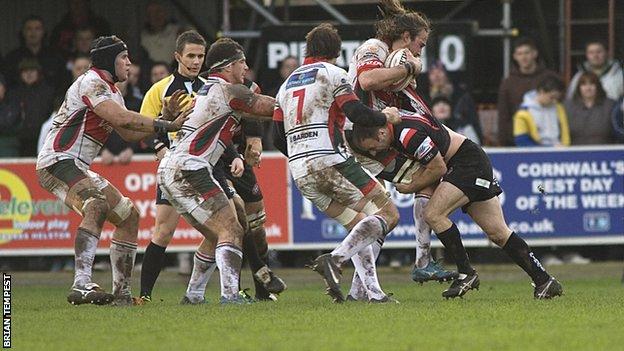 Plymouth Albion's summer signing Toby Howley-Berridge is excited ahead of his debut against Leeds at the Brickfields.

The 22-year-old centre was dogged by injury last season, which restricted him to just two appearances for Championship rivals Doncaster Knights.

"James Owen has beasted me since I got here as I missed pre-season," Howley-Berridge told BBC South West.

"I've been doing quite a bit of fitness and hopefully this weekend I'll be able to put it to good use."

He continued: "I'm really excited about it. Leeds are obviously a big name, so to make my debut against a team like that will show me where I am in my development."

The utility back, who was selected for the England Counties tour of East Africa last season, can also play on the wing or at full-back but is looking to cement his place in the centre.

He added: "I'm pretty direct and I run hard lines. What you see is what you get, no real fancy stuff - run hard, play hard."

Howley-Berridge began his career at Cambridge, where he worked alongside former Albion player James Shanahan.