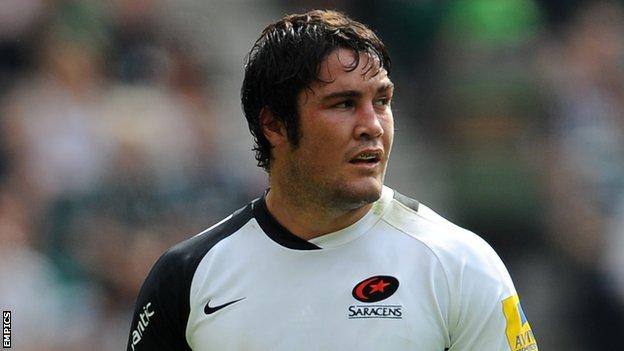 Saracens centre Brad Barritt has signed a new long-term contract with the club.

South African-born Barritt, 26, joined Sarries in 2008 from the Sharks, and has gone on to appear 96 times for the Premiership side.

Barritt earned a call up to the England squad earlier this year and played in all five 2012 Six Nations matches.

"Saracens is different to many professional clubs simply because the primary focus is on people rather than results," Barritt told his club site.

"I am very happy here, I feel I am continuing to improve and develop on and off the field and it was a very easy decision to sign a long term extension."

Barritt, who has seven England caps, was short-listed for last season's Premiership Player of the Year award.