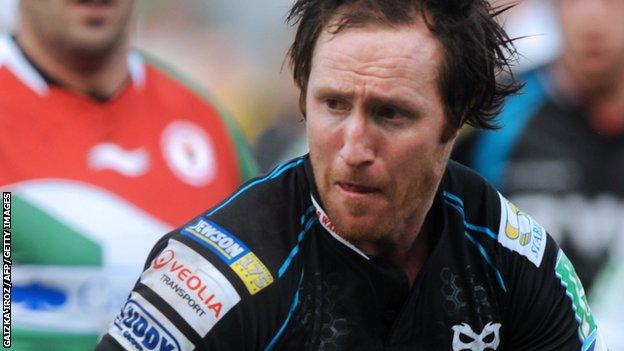 Davies, 31, joins the Championship newcomers after leaving the Ospreys in the summer.

He has one Wales cap to his name dating back to a Six Nations appearance against Ireland in 2006.

I have been looking to bring greater strength to the squad

"I have been looking to bring greater strength to the squad," said Jersey director of rugby Ben Harvey.

"The Championship is a physical league and in addition we lost Richard Haughton to Perpignan.

"Barry is a proven talent whose experience in Wales and France will be invaluable to our young squad.

"Ed has genuine pace and real potential to take his career on to the next level, he will be an important asset to Jersey rugby as we become established in the Championship."

Both signings are available for the islanders for Saturday's match against Moseley at St Peter.