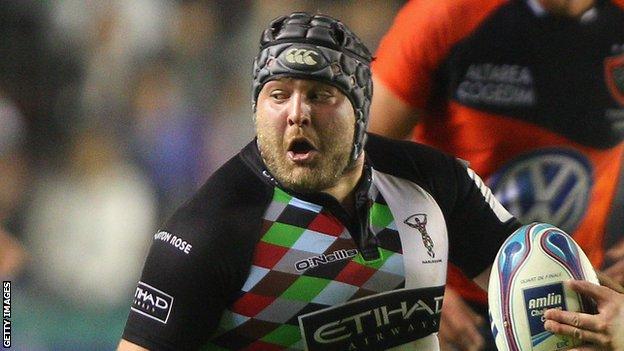 Front row forward Mark Lambert has signed a two-year extension to his contract at Harlequins, keeping him at the club until the summer of 2015.

"There are people who epitomise what a club is about and what a team is about and Mark is one of those players," said Quins director of rugby Conor O'Shea.

"He is someone we are going to rely on heavily in the years to come if we are to attain the goals we all aspire to."

"I still feel I have much to prove to myself and others in the quartered shirt."