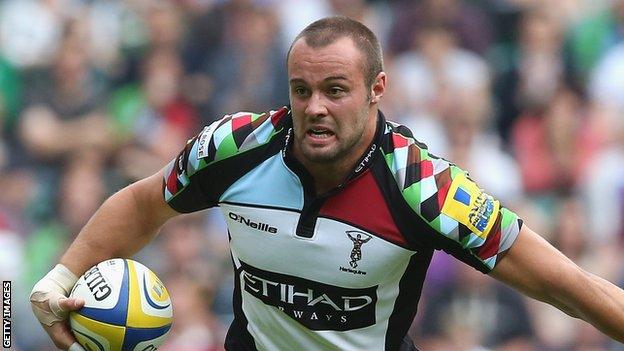 Ross Chisholm has signed a two-year extension to his contract at Harlequins keeping him at the club until the end of the 2014-15 season.

Quins director of rugby Conor O'Shea said: "Ross is another prodigious talent who is always looking to improve and become a better player.

"He does what we all like to see in a full-back."

O'Shea continued: "First and foremost he does his basics well and when you run lines and have the pace that Ross has, then you can compete anywhere across the back three."

Chisholm began his career in Sussex at Haywards Heath RFC before joining the Harlequins Academy.