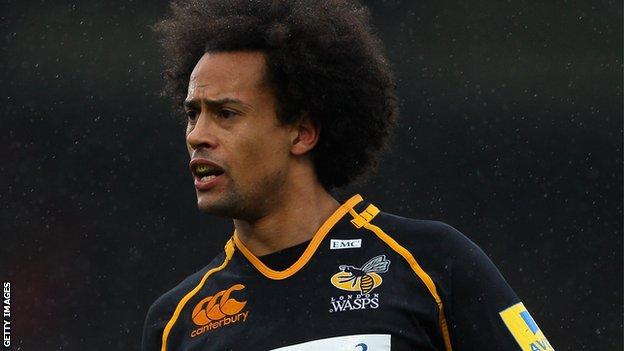 Jersey have signed experienced winger Richard Haughton ahead of their first ever season in the Championship.

The 31-year-old becomes the 11th addition to Ben Harvey's squad so far this summer.

Haughton spent a decade at Saracens before making the move to London Wasps in 2010, and helped them to narrowly avoid relegation from the Premiership last season.

"He impressed me with his enthusiasm for joining Jersey," said Harvey.

"Although he has connections here through his wife's family, this was first and foremost a rugby decision for Richard, enabling him to take the next step in his career.

"As well as playing a full part on the field, I also anticipate that he will be able to pass on his experience from Premiership, Heineken Cup and international rugby to the younger, less-experienced members of the squad."

Haughton featured for the England Saxons in the 2006 Churchill Cup and won a silver medal at the Commonwealth Games that year.