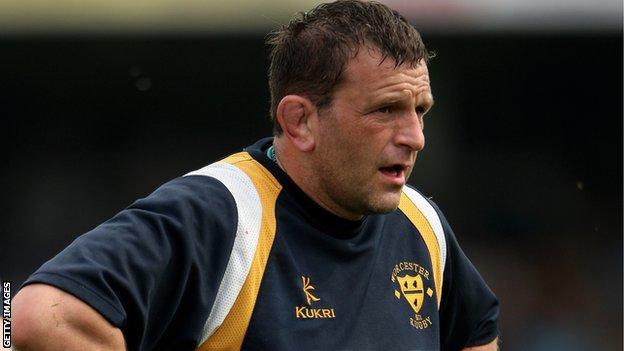 Windo, 43, left Kingsholm in 1999 to join Worcester Warriors, where he ended his playing career four years ago.

He moved on to the coaching staff at Sixways before becoming director of rugby at Bromsgrove School - a role he will continue to hold.

"He's got experience in the Premiership and comes here as an ex-Gloucester player as well, which I think is very important.

"The club has a proud history and tradition and I like to have people who have been immersed in that."

Windo takes over the scrummaging role following the death of John Brain.

"It was a very tough decision to make and, I'll be honest, I went to see Clare, John's widow, to talk it over," said Windo.

"It's a great honour and something I desperately wanted to do but the circumstances were obviously very unfortunate.

"I had spoken to John previously about doing something along these lines but, I went over it with Clare, and she said that, if anyone were to do it, the family were happy that it was someone like myself, one of his close friends with a similar passion for the club.

"The challenge for me now, of course, is to carry on the great work that John started last year and do him and the club justice."