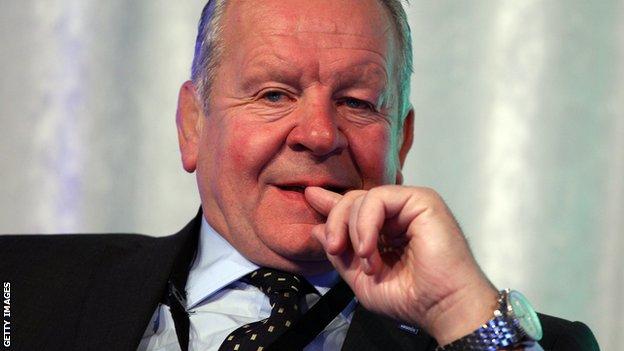 Former England captain Bill Beaumont has been appointed chairman of the Rugby Football Union, with Paul Murphy taking over as president.

Beaumont will be charged with ensuring England's preparations for hosting the 2015 World Cup run smoothly.

"The RFU staff and thousands of volunteers face three years of hard work ahead," said Beaumont.

England fought off rival bids from Italy and South Africa to host the tournament. Cardiff's Millennium Stadium has been confirmed as a venue

"The legacy of England hosting the rugby World Cup in 2015 will be enormous."

Beaumont, 60, who played his entire club career for Fylde won 34 caps between 1975 and 1982, captaining England to a first Grand Slam in 23 years in 1980, when he also led the British and Irish Lions in South Africa.

He has played a major role in the leadership of the domestic and global game since the end of his playing career.

"I was fortunate enough to captain my country and everything since then has been about putting something back into a game that is important to so many people," added Beaumont.

Murphy, who had been serving as acting chairman of the RFU since Martyn Thomas's resignation in July last year, said: "We've made enormous strides on and off the pitch in the last six months and I'm sure Bill will lead us forward to realise our full potential over the next few years."