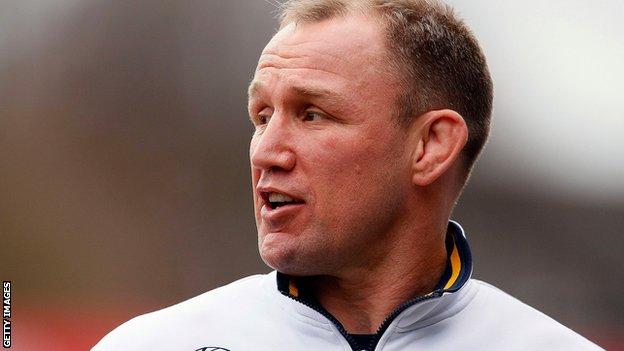 The 43-year-old has coaching experience with Leicester Tigers, Leeds Carnegie and Rugby Lions.

"I'm looking forward to meeting all the players, taking them on face value, and hopefully maximising everyone's potential," Back told the club website.

"I don't want anyone to be looking in the mirror at the end of the day, month or year and saying 'what if'.

"If you've given everything and you fail, difficult as it is, you can sort of accept it.

"What you don't want to be thinking is 'what if I'd tried harder or been more attentive to my own personal development'.

"If we can do that, we'll be strong this year and build on the successes of last season."

After England's double year in 2003, Back spent two seasons as both Leicester's captain and player-coach.

He retired from playing after his third British & Irish Lions tour in 2005 and was elevated to assistant coach at the Tigers for a further three seasons, completing a five-year period in which the club made four Premiership finals - winning the title and reaching the Heineken Cup final in 2007.