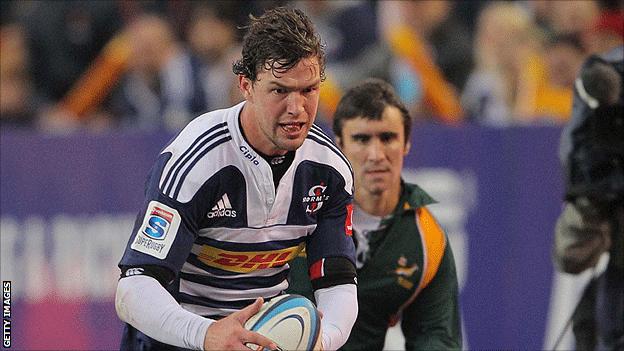 Connacht have signed versatile back Danie Poolman from South African club the Stormers.

The 23-year-old, who has played for Western Province in the Currie Cup, can operate on the wing or at centre and is regarded as a powerful runner.

Coach Eric Elwood believes the addition of Poolman will strengthen his panel as the province prepares for a season in the Heineken Cup.

Pretorius-born Poolman has signed a three-year deal at the Sportsground.

"He is coming from a club with an excellent reputation for developing young talent and he has starred alongside some quality international players," said Connacht coach Eric Elwood.

"He is a strong ball carrier with an excellent work rate both in attack and defence and I am really looking forward to working with him."