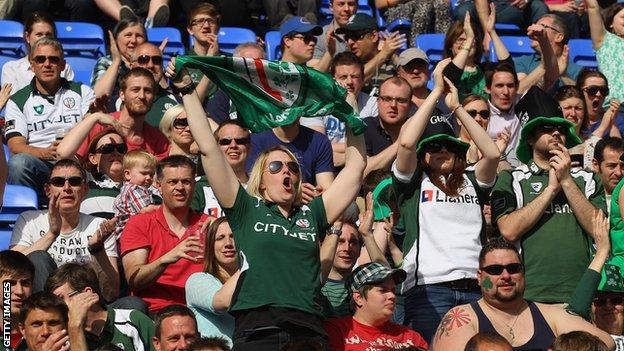 London Irish have signed hooker Shaun Malton on a four-month contract and added forward Gerard Ellis and back Conor Gaston to the club's academy.

Malton, 22, joins from Johannesburg University. He has previously been with the Sharks Academy in Durban and captained the Under-21 Currie Cup side.

Ellis arrives from Llandovery College in Wales where he was captain, while Conor joins the academy from Ulster.

"I have been very impressed with Shaun," said Exiles chief Brian Smith.

"He is showing great work ethic and enthusiasm which is fantastic. It is also important that we recruit the right players into our academy.

"I have been equally impressed with what I have seen of both Gerard and Conor and look forward to watching them both develop further during their time in the academy."