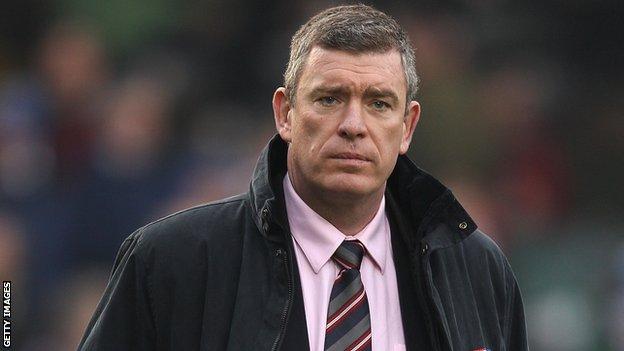 Former head coach Dean Ryan is to return to Bristol in a part-time consultancy role.

Ex-England number eight Ryan spent his playing career with Saracens, Wasps, Newcastle and finally Bristol, where he made 45 appearances.

He was then appointed boss for the 2001/02 season before spending five years as head coach at Gloucester.

"I am delighted to renew my relationship with Bristol," the 46-year-old told BBC Radio Bristol.

"The club have always been close to me and I'm excited to offer any help in terms of moving them forward."

Ryan will work as an advisor alongside head coach Liam Middleton and the board of directors, while also continuing his role as a television pundit.

"We're talking about working one day a week," Ryan continued.

"It's about adding rugby experience from other environments at board level. Also, as I found myself, being a director of rugby can be very isolating so it's just about having someone you can bounce ideas off.

"I've had conversations with Liam and he can use me for that. It's about enhancing anything Liam is doing. Any success that comes to Bristol rugby will be down to his hard work.

"It's not about Dean Ryan coming back to coaching in any way, it's about supporting Liam as head coach."