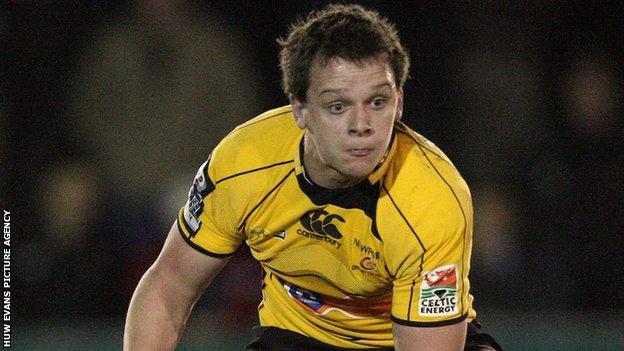 Lewis, 24, helped Lyn Jones's Exiles win promotion from the Championship to the Aviva Premiership via an appeal.

But instead of heading for English rugby's top flight, Lewis will be part of the new Phil Davies regime at the Arms Park.

Lewis will be among Lloyd Williams's rivals for the number nine jersey at the region.

"He will provide us with more options at scrum half," said Davies.

The Abergavenny-born player appeared for Wales Sevens and national age-grade teams at Under-18, 19 and 20 and has also played for Ebbw Vale.