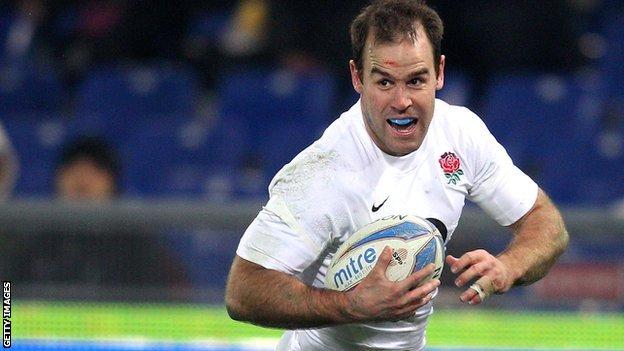 The pair made the decision following a discussion with head coach Stuart Lancaster shortly after returning from international duty in South Africa.

"I cannot thank them enough for the support they have given me and this young squad," said the England boss.

"Both Charlie and Lee in the last six months have been outstanding senior players," added Lancaster. "With 80 caps between them they have a vast amount of experience and that has been invaluable.

"I had chats with both of them in South Africa and our thoughts were not too dissimilar - that if we are building a team for 2015 then, just as we did in January, we have to decide on which players will take us forward and be in the mix in three years' time."

For Hodgson, the decision brings to an end an 11-year Test career with England after making his debut in 2001, when he scored 44 points against Romania.

He toured South Africa with England earlier this month but failed to win a place in the match-day squad for any of the three Tests, with Owen Farrell and Toby Flood ahead of him.

"I have been very proud to represent England over the last 11 years," said Hodgson.

"Wearing the shirt has always been the highest honour for me, not least in the last six months, and no one would want to give that up."