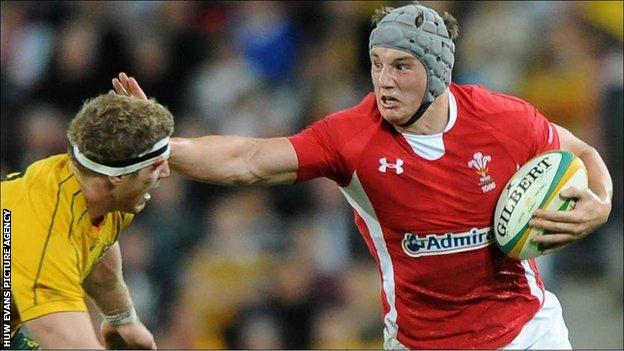 The Scarlets centre delayed surgery to play in Wales' series in Australia where Davies played in all three Test defeats, scoring in Melbourne.

Davies is set to be side-lined for up to five weeks after the surgery performed by groin specialist Ian Maclennan in Manchester on Tuesday.

The Welsh Grand Slam winner missed the end the Scarlets season as the Llanelli-region missed out on a place in the Pro12 play-offs.

But Davies returned for Wales' end-of-season tour to Australia where Rob Howley's men suffered a 3-0 series whitewash to the reigning Tri-Nations champions.

The 29-times capped Welsh international has now gone under the knife but is expected to be fit for the first round of the Scarlets's 2012/13 domestic fixtures with the season due to start on 31 August.

Davies's Wales midfield colleague Jamie Roberts is also side-lined but the Cardiff Blues centre hopes to return from his knee surgery in October.